t just occurred to me that I haven’t really seen any book reviews on this site, so I’m going to fix that right now. Before we talk about books, though, let’s talk about video games. More specifically, let’s talk about BioShock. END_OF_DOCUMENT_TOKEN_TO_BE_REPLACED

In Part 2 of episode one Graham, Sam, and Jenny discuss the origins of Princess Bubblegum, the evilness of Peppermint Butler, Finn’s potential Oedipal complex and So Much More! You won’t regret it.

In the first ever installment of our Adventure Time podcasts, we discuss the Great Mushroom War and some of the important episodes offering clues about the truth behind Ooo and some of the shows major characters. Email us with suggestions for future podcasts at leftofthedial@thatruled.com, or head over to our page on the TR forums. Hope to hear from you soon and thanks for listening. You’re awesome. 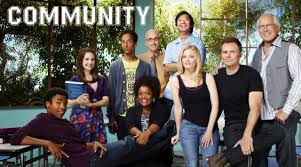 Even though the current state of TV isn’t perfect by any means, I would consider the mid and late 2000’s to be the dawn of a new golden age. Even though we still have to deal with Two and a Half Men, Glee, Honey Boo Boo, The Real Housewives and other such ilk, this is also the era of some of the best shows in decades. (Breaking Bad, Game of Thrones, Dexter, The Office, Louie, Mad Men, Sherlock, Downton Abbey, the list goes on.) Thankfully more and more shows are putting a bigger emphasis on better writing than ever before, but while I love serious shows like Game of Thrones and Breaking Bad as much as the next guy, sometimes all I want is a show that can make me both think and laugh, preferably at the same time. (Or at least something to tide me over when South Park is between seasons.) In 2009, NBC gave us what the doctor ordered with Community. END_OF_DOCUMENT_TOKEN_TO_BE_REPLACED

I’ve been writing these music articles sporadically for about a year and a half and have shed some light on some rather interesting artists. I’ve gushed over an obscure 60’s folk singer, a forgotten 80’s relic, and a guy who made a career by mashing pieces of different pop songs together. Some of them have held influence in their own rights, but when you look at today’s musical landscape, specifically in the realms of indie rock, there is one band whose influence is undeniable. That band is Neutral Milk Hotel. END_OF_DOCUMENT_TOKEN_TO_BE_REPLACED 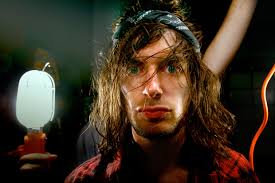 Welcome to Left of the Dial, I bring you the music because the radio won’t. Do you love music? I mean really love music? So much so that you have a hard time deciding what to listen to? Well now you can listen to all your favorite genres at once through the magic of the mash-up, particularly by the grand wizard of mash-ups: Girl Talk! END_OF_DOCUMENT_TOKEN_TO_BE_REPLACED